Portable is its forte. Durable is its middle name. Dependable is, well, of course. 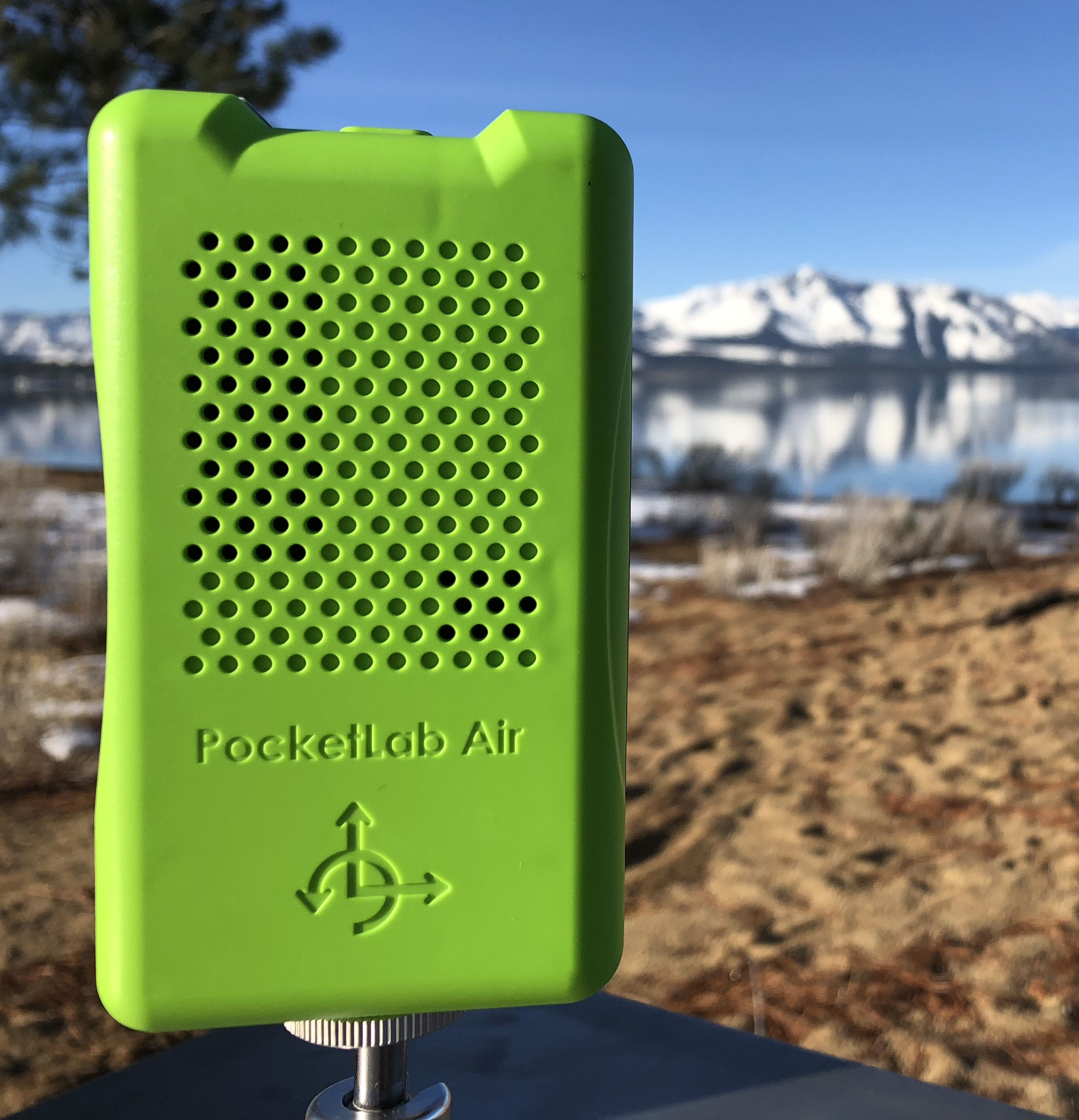 WHAT IS POCKETLAB AIR?

1. It's a remote-ready, environmental monitoring super device that fits in the palm of your hand and is a cool lime green color so you probably won't lose it in your backpack.

2. PocketLab Air is a climate sensor that measures C02, particulates, and ozone and is designed by a team of educators and engineers.

10,000 PocketLabs FOR A CLEArER FUTURE

It started with citizen science.

Blue Sky Zero is a citizen science project with PocketLab and Peter Mahaffy that began in March 2020 to measure the air quality change as people were in sheltering in place, driving less and staying at home. The experiment worked, but the limitation was that we didn't have enough data across the country to investigate the global scale of the problem.

Distribution across the nation is key to the success of the project, so we asked ourselves – how many PocketLab Airs throughout the country will make a significant difference in the data? The answer is ten thousand.

There are approximately ten thousand school districts in the United States. If every school district; rural, urban, suburban, in every state, were a part of this experiment collecting data, then we've reached millions of students. These are students who we can inspire and empower by taking science into their own hands and being an integral part of a vast network.

This goal will boost development for a robust citizen science community on PocketLab Notebook. This platform is a digital, collaborative replacement for a traditional lab notebook including free tools for citizen scientists and pro tools for classroom teachers and educators.

Imagine a student in a classroom (or even remote setting) collecting professional level climate data at the push of a button, streaming it live, and tracking their results with a network of students around the country. What an opportunity, to allow them the experience of real-time, real-life, unedited data collection.

Pave the way for citizen scientists of the future and invoke your inner Actionist, Ambassador, and Angel.

Take climate data collection into your own hands.

Get a PocketLab Air.

Contribute to the data collection revolution.

Get a PocketLab Air for a school.

Want to get involved as a citizen science partner?

Send a line to Dave,
Co-Founder of PocketLab.